Figuring out the best time to visit Sri Lanka can be a tricky affair. Sri Lanka has a rather complex weather pattern which is hard to believe given the size of the island. The peak season however, runs from December to March. However, February and March are the ideal time to experience a pleasant weather all across the island.

Sri Lanka experiences two monsoons which affect different parts of the island one after the other. So if you’re planning to travel to Sri Lanka, the weather in different parts across the island is an important factor you ought to consider while picking the best places to visit in Sri Lanka. The country also celebrates numerous festivals, so travellers can time their trip accordingly, to experience some of these cultural festivals. 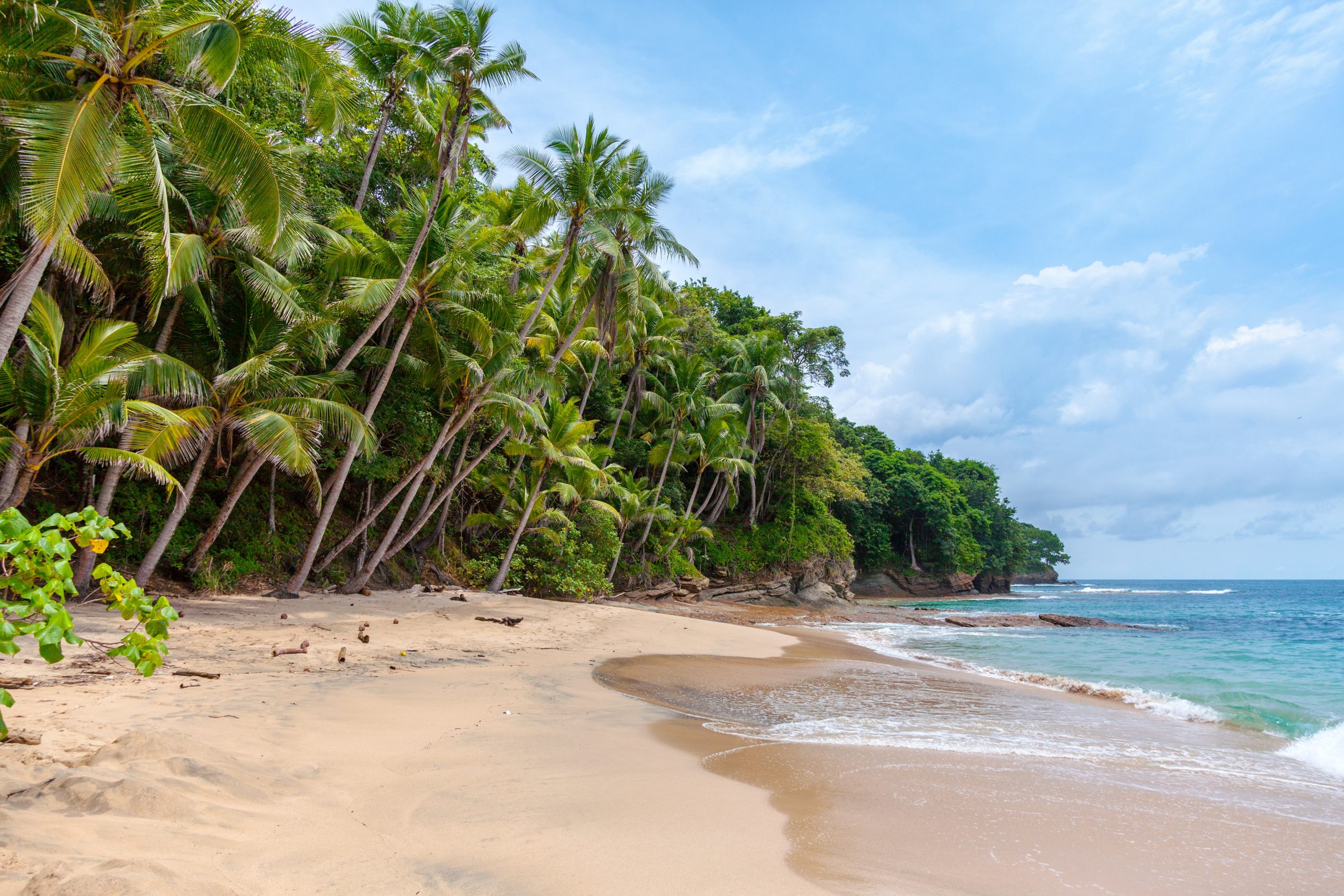 The gorgeous south coast beaches of this island country. A absolute gem especially during off season with no tourists and sheer bliss.

When Is The Monsoon Season in Sri Lanka?

Sri Lanka witnesses monsoon twice a year in different parts of the island, making it a year round destination for travellers. Here’s a detailed overview of the monsoon season in Sri Lanka.

The first bout occurs between mid April and September end, and it hits the west & southwest coast and the Hill Country regions of the island. The “Yala monsoon” winds bring rainfall to this region. The wettest months during this period are May, June and September.

The next bout of rains is during the inter-monsoon season in the months of October and November. These winds bring rainfall to the entire island. The showers during this time are light and short lived, allowing you to explore most parts of the region. The only disadvantage is slippery trekking trails and inability to indulge in certain adventure water sports. The second wave of monsoon, brought by the “Maha monsoon” winds, hits the east and northeast region of the island. It lasts from mid November to early February. Maximum rainfall is experienced in the months of November and December.

Access to public transportation is not hampered even during the monsoon season in Sri Lanka. But the trains in Sri Lanka are known to run late every once in a while, so don’t be surprised at longer delays during the monsoon. Same goes for local buses. Also, local buses can often be super crowded and might not be the best option when you’re drenched. So the ideal choice would be travelling via Rickshaw (tuk tuk) or booking an Uber, if you want to explore the region despite the rains. 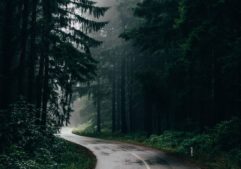 The monsoon season in Sri Lanka makes the lush green landscapes appear more beautiful than ever.

Given Sri Lanka’s monsoon pattern, it is crucial to understand that Sri Lanka receives rainfall from the Yala monsoon winds from mid April to September. Rainfall in this region is heaviest in the months of April, May, September and October. The months between June to August, on the other hand, experience light showers, intermittently and sporadically.
So if you’re looking to explore Sri Lanka during this time, places such as Colombo, Galle, Nuwara Eliya and Badulla might not be the best for you to visit. This has its perks as well, being off-season, you can make the most of discounted rates and escape the large tourist crowds.

For those looking to surf, the retreating inter-monsoon winds post November officially mark the beginning of the surf season so you can head to popular surf spots like Weligama and Hikkaduwa. Scuba diving on the other hand is entirely dependant on the weather and ocean currents. On the other hand, the months between December and March are considered as dry season along this coast. It also makes it the ideal time to visit this region of the country. 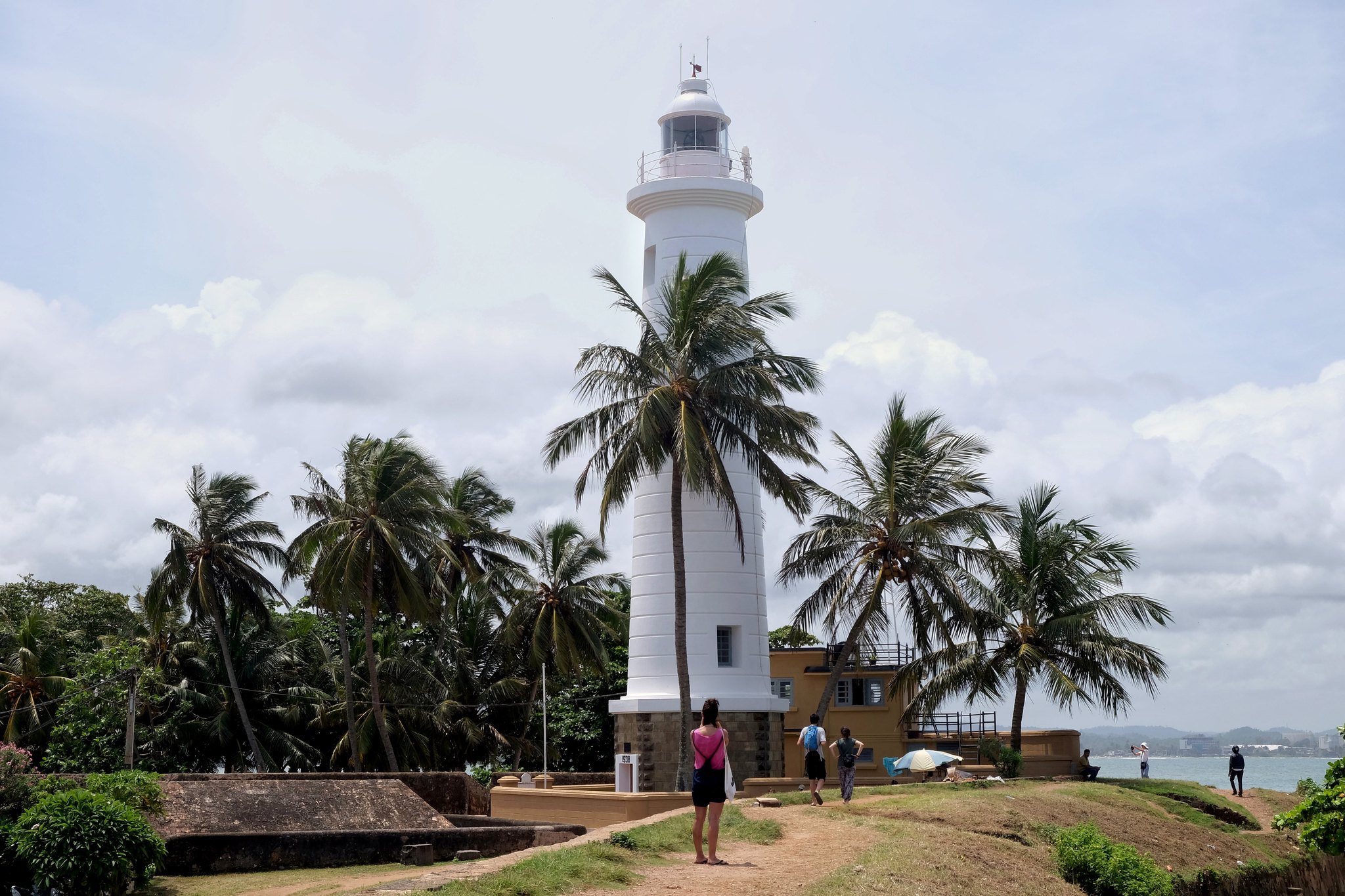 Galle Fort on the southwest coast of Sri Lanka. An insight into Sri Lanka’s colonial heritage.

The East coast witnesses dry season in the months from March to September, making it the best time to visit Sri Lanka and its non-touristy, unexplored beaches like Uppuveli, Nilaveli, Batticaloa and Arugam Bay. Off season or the monsoon season is experienced along this coat from December to February brought by the Maha monsoon winds. The region also receives rainfall from the inter monsoon winds in October and November. Rainfall during November and December can be heavy and sometimes even outrageous. Much like the southwest monsoon, it also brings a halt to numerous activities like surfing. So if you’re not a fan of rains, we would certainly suggest you head down to the south to avoid the downpour.

The only bright side to this weather is for travellers who are looking to stay indoors and simply bask in luxury by the beach side. They can spend a couple of nights at exclusive resorts with highly discounted rates. Arugam Bay, every surfers paradise, is best avoided during the Maha monsoon season.  The currents are strong and surfing is usually prohibited due to the various risk factors. Post January as the monsoon winds begin to retreat, this region definitely tops our list of places to visit in Sri Lanka even though it’s season time. The region is usually overlooked by tourists making it a lot more peaceful and off beat as opposed to the south coast. 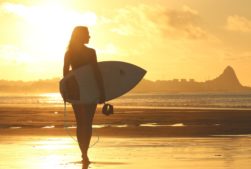 The Hill Country and Cultural Triangle of Sri Lanka

The Hill Country of Sri Lanka experiences a pleasant climate with cool temperature at an average of 20°C all throughout the year. But is affected by both the monsoon seasons and receives maximum rainfall towards the end of the year. The showers are usually light and occur only early morning or late evening. Thus, the Sri Lankan Hill Country is a year round destination. For those looking to trek, February to April qualify as the best months in order to experience clear skies and avoid slippery terrain. Yet, looking at it realistically, one can visit this region at any time of the year but simply check live weather updates for planning your hikes in the region. Besides Nuwara Eliya and Ella, the hill country comprises of a few untouched gems like the Hortons Plains, Kitulgala and the gem mines of Ratnapura.

The Cultural Triangle on the other hand experiences average temperatures ranging from 25°C to 30°C throughout the year. The heat is most intense between March to September when the East coast experiences the dry season. The downpours occur primarily between October to December and light afternoon showers in April and May. Sites you ought to visit in the cultural triangle include the Sigiriya Rock, the ancient ruins of Polonnaruwa, and the sacred sites of Anuradhapura. You could also make day trips to the cave temples and visit the sacred city of Kandy, the accurate representation of Sri Lankan culture. 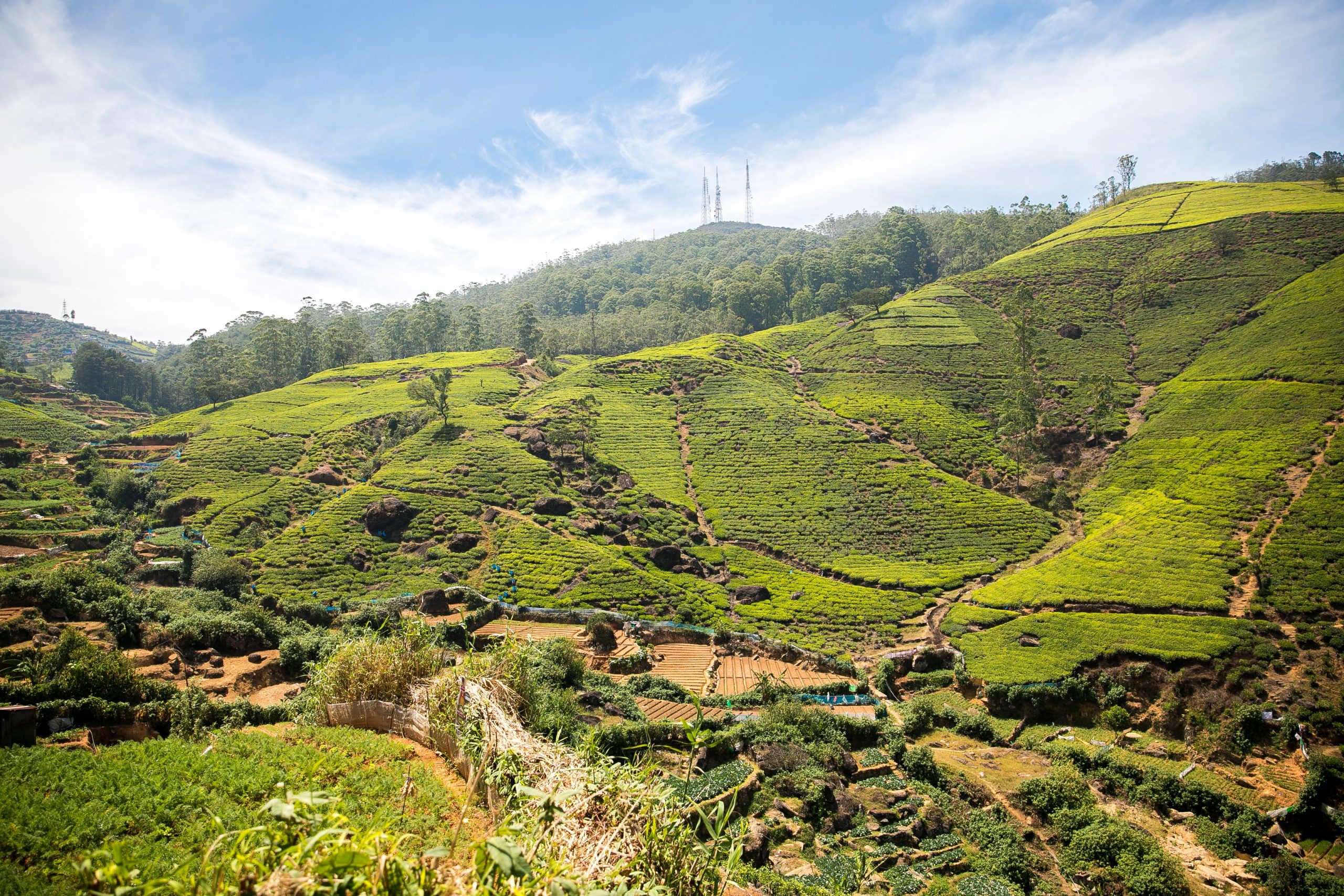 Nuwara Eliya, a city in the hill country of Sri Lanka. With lush green landscapes and beautiful trekking trails to explore.

Sri Lanka has a number of National Parks and wildlife reserves spread across the island. Deciding which national park to visit, at what time of the year, can be tricky. However, here’s a brief breakdown of the best national parks and the best time to visit Sri Lanka to spot wildlife. Yala National Park is the most popular among tourists. With the highest density of leopards, the best time to visit this Park is from March to October. Being the dry season, the water levels are low. Thus, animals come out into the open to quench their thirst from nearby lakes. Other popular National parks to visit during this season include, Wilpattu and Udawalawe National Park.

If you’re looking to spot the majestic wild elephants in their local habitat, head to Minneriya National Park. Chances of spotting an elephant here are a 100%. The ideal time to visit Minneriya would be between end of July and mid September. That’s when the famous “gathering” takes place due to the drought. During this period you can spot herds of elephants, a site definitely worth witnessing. Ardent birdwatchers looking to spot exotic birdlife species are most likely to do so between November and April. A number of different species migrate to the island country. One of the best places for birdwatching enthusiasts and wildlife photographers would be Bundalla National park – a bird watcher’s paradise. 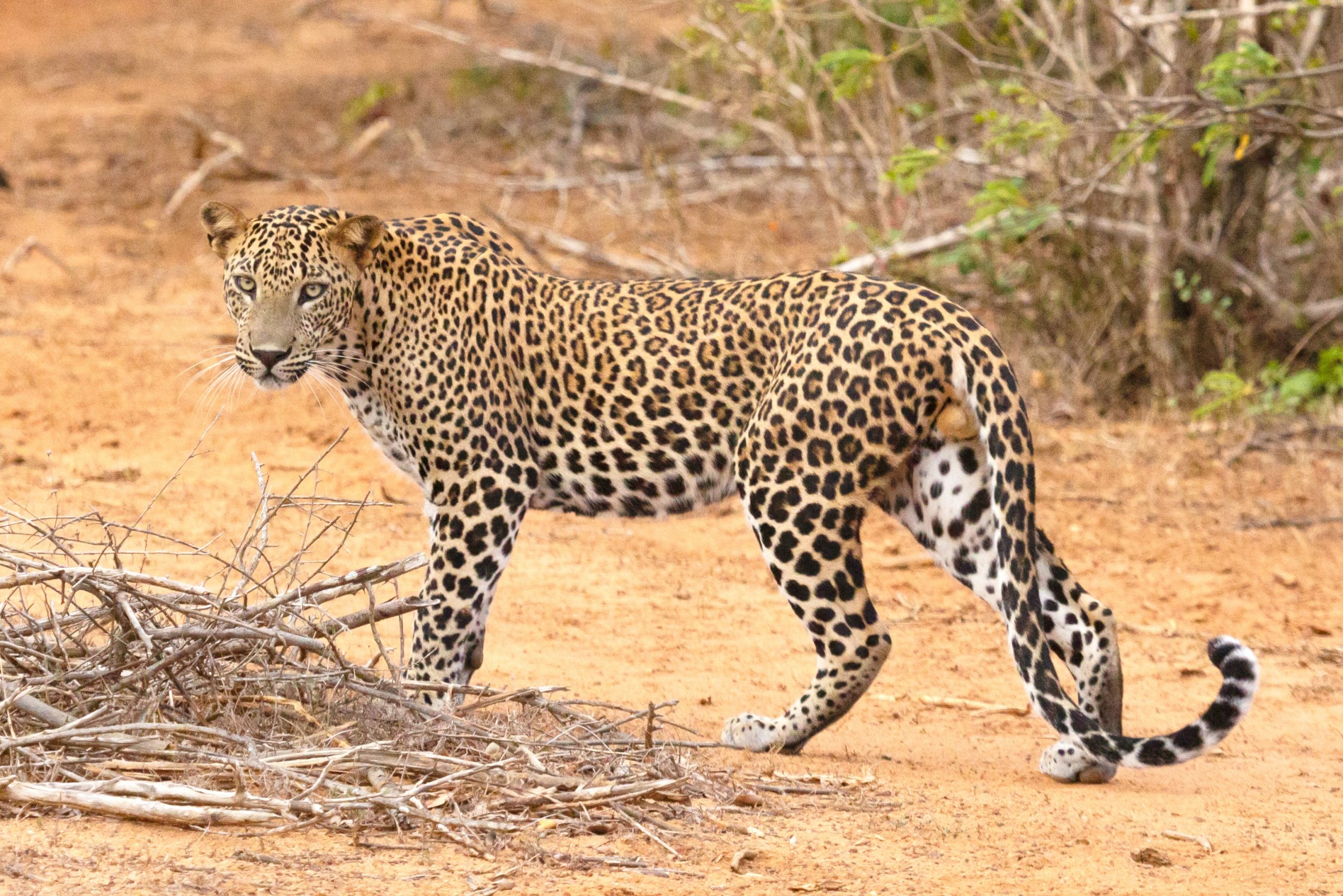 Picking the best time to visit in Sri Lanka given the weather and your interests could be a complex task. Get in touch with us and we’ll help you plan the ideal trip to this diverse island country. A trip curated especially for you, keeping in mind your travel style and requirements. 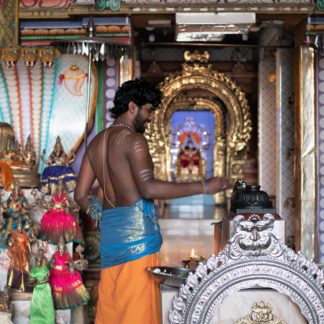 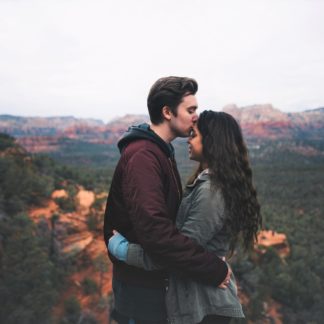 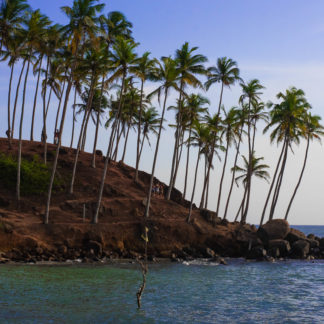 Weather in Sri Lanka in February 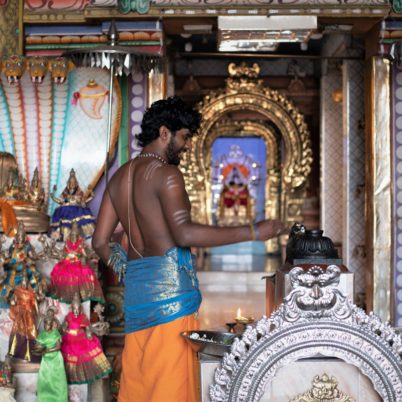 The Festivals in Sri Lanka make for a great cultural experience for th..... 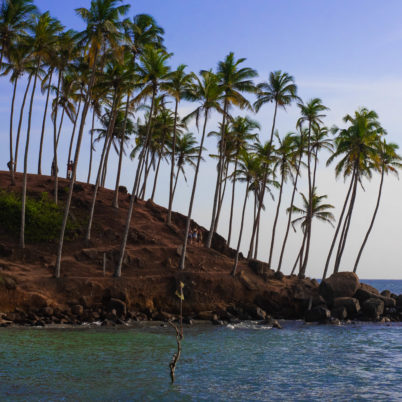 Weather in Sri Lanka in February

Wondering what the weather in Sri Lanka in February is like? Here is a..... 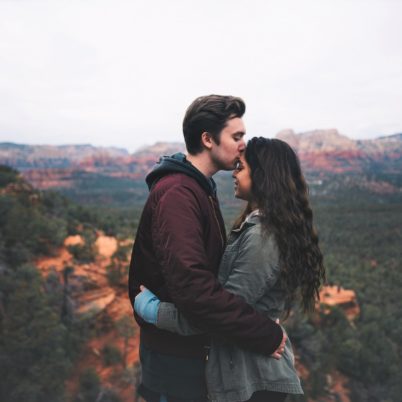 If your idea of being romantic is anything but cliched, a honeymoon in.....