Planning to travel to Vietnam? Our guide on the best time to visit Vietnam is a must-read. Vietnam’s long, winding shape experiences three different climate zones. As a result, the best time to visit depends entirely on what you are looking for. The general climate is tropical with an average of 20° to 30°C (68°- 86°F), and it faces wet as well as dry seasons. Though the weather is never extreme, the seasons hit differently in the north, central and southern parts. Understanding this complex pattern can be an overwhelming task. Read through our comprehensive guide on the best time to go to Vietnam for some foolproof travel planning. 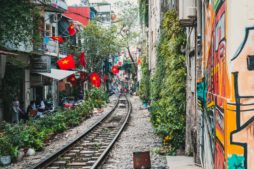 The weather in Vietnam differs from North to South. Hence, the best time to visit the country depends on what you are looking for.

The northern parts of Vietnam are mountainous, taking up a third of the country’s area. The winter months of December, January and February can get very cold, with the weather taking a gloomy turn and an occasional appearance of snow. May to September sees a peak in heat and humidity and the rains show up in July and August. The best time to visit north Vietnam would be in spring and fall. The skies are clear with a rare shower of rain, and the sun shines without it getting too hot. Travelling around the north is thus made easy, but there are slightly different months to visit Sapa and Halong Bay.

Vietnam is one of the world’s leading producers of rice, and the green rice crops in the north are ideal destinations for mountain-lovers and Instagram-lovers alike. June to August are the best months to visit the mountain-destination of Sapa for travellers interested in trekking and photography. Although, it is wise to expect an occasional shower and slippery trekking paths. Halong Bay is another popular tourist destination in the north, and the best time to visit it is from October to December. Visiting Halong Bay in July and August is not recommended due to the high chances of strong typhoons and tropical storms. They batter the coast, potentially causing flooding and bringing tourism to a grinding halt. Planning on visiting both destinations? Spend a few weeks of August-September in Sapa, followed by Halong Bay, so you miss the storms and also get the best of Sapa. 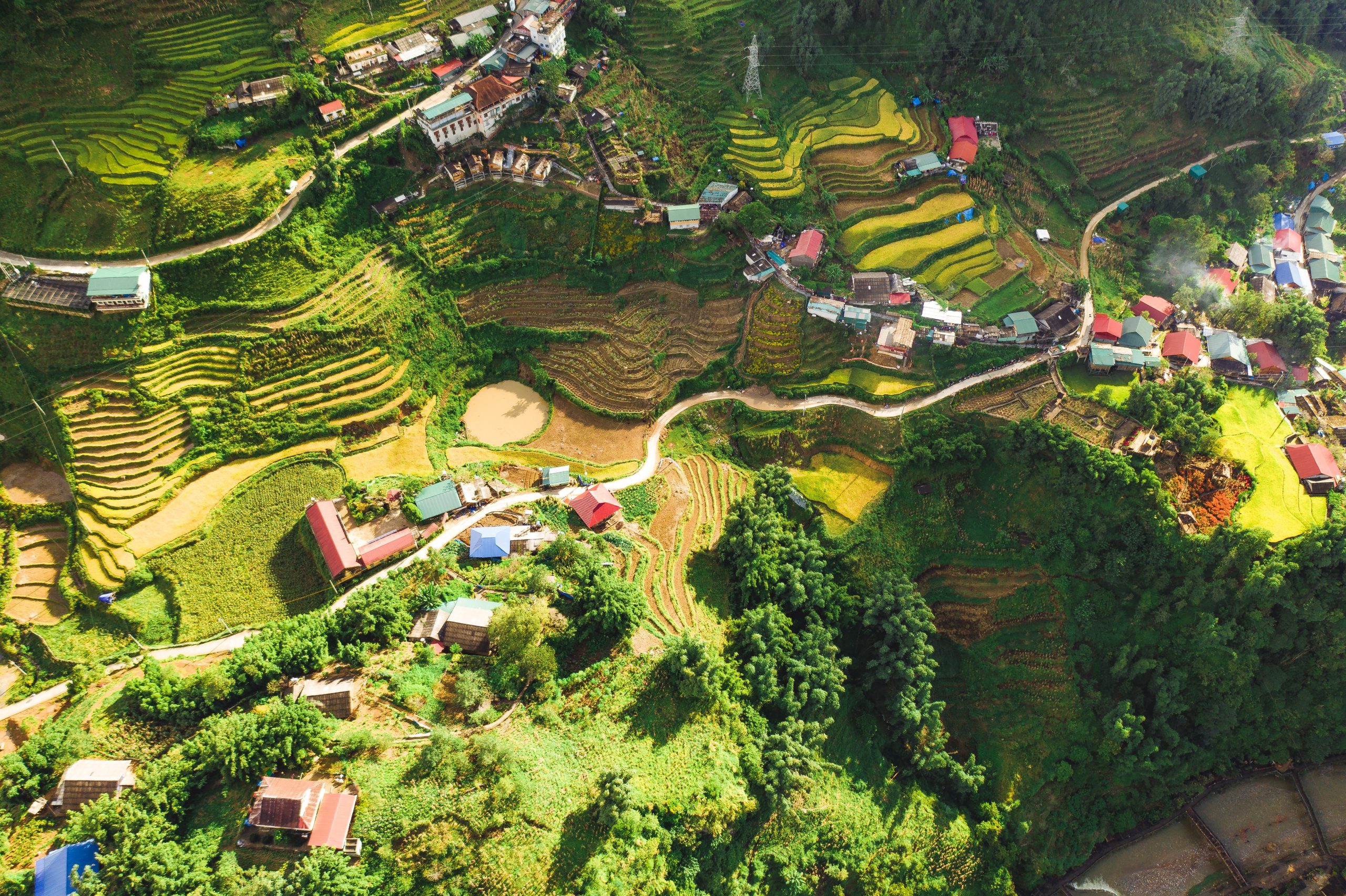 Hike through the beautiful rice terraces of Sapa. The scenic landscape also makes it a great destination for all the photography enthusiasts.

When to visit Central Vietnam

Central Vietnam has more of a tropical vibe with a clear distinction between dry and wet seasons. The end of September to December sees a lot of showers, leaving the rest of the year relatively dry. The hottest time of the year is between May and August, and the coolest are the winter months of December, January and February, that get rare showers of rain. The best time to appreciate the coast and its beaches would be from the end of February to the end of April, before the peak summer season kicks in.

An interesting point to note is that though it is within the same climate zone, the weather often changes on the Hai Van Pass. The pass runs between Hue and Hoi An, and Hue is on the receiving end of the humidity. Keep this in mind for your travel in Vietnam, and make sure you check out some of the other must-see places in Vietnam as well. 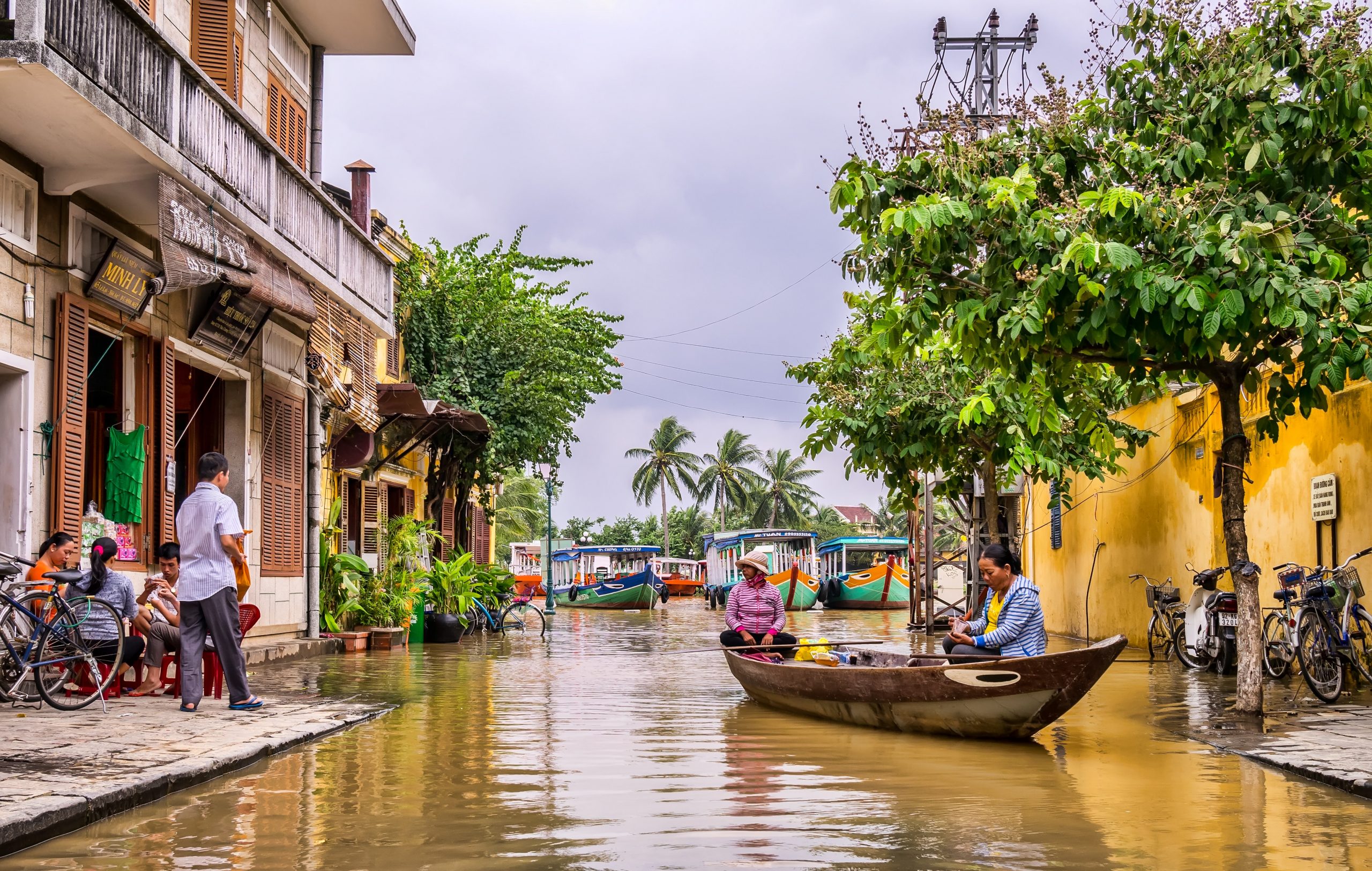 Spectacular sights await you in Hoi An,  Central Vietnam.

The south is where you can make the most of the tropical weather. It has a longer but unchallenging monsoon and warm to hot weather all year round. Rains show up between May and October, with an overall humidity of around 80%. It receives the most rainfall between June and August. Though there are occasional strong downpours, southern Vietnam mostly gets once-in-a-day showers that bring relief to the strong heat. As a result, there is no specific best time to go to Vietnam’s southern region. The hottest and coldest months are May and January respectively, but it remains consistently warmer than 26°C (79°F) in the lowlands. The exception are the highlands, especially with the popular destination of Da Lat, a hill station in the central highlands, where it the temperatures rarely rise above  22°C (71°F), making it known as the ‘city of eternal spring’. 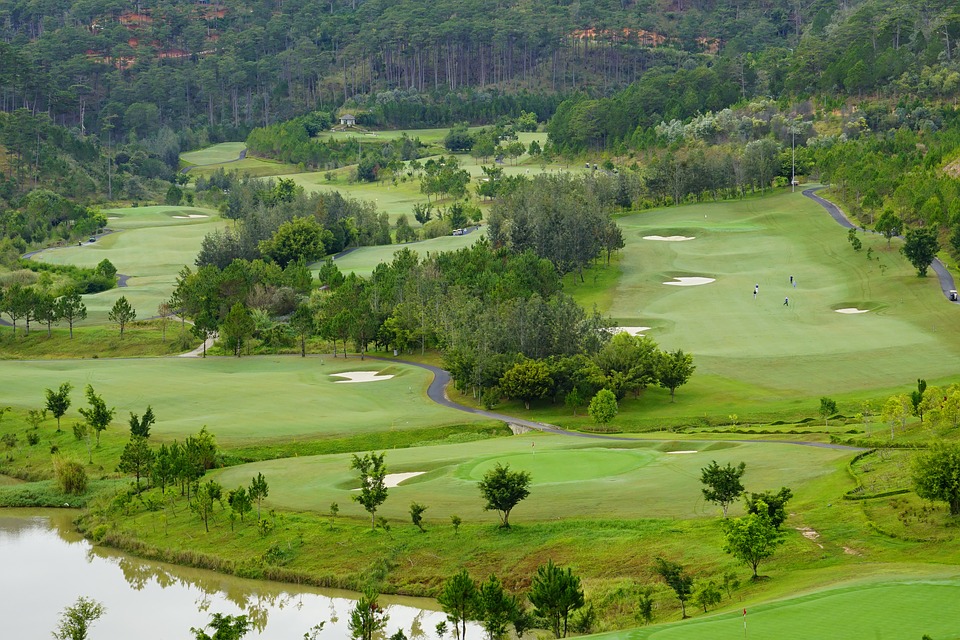 Relax in the city of eternal Spring- Da Lat. A popular hill station in the Central highlands is must visit in South Vietnam.

The monsoon in Vietnam makes its way across the country at different times of the year, and while one part of the country is dry, the other may be smack in the middle of the monsoon. The north receives heavy showers in the months of July and August, which sometimes double up into tropical storms. Be alert and look out for weather warnings. Central Vietnam receives rain between the end of September to December, ushering in a cool winter season. South Vietnam, the most tropical of all three regions, has the longest monsoon season from May to October. Vietnam receives the most rainfall between June and August, while the overall humidity stays at around 80%. 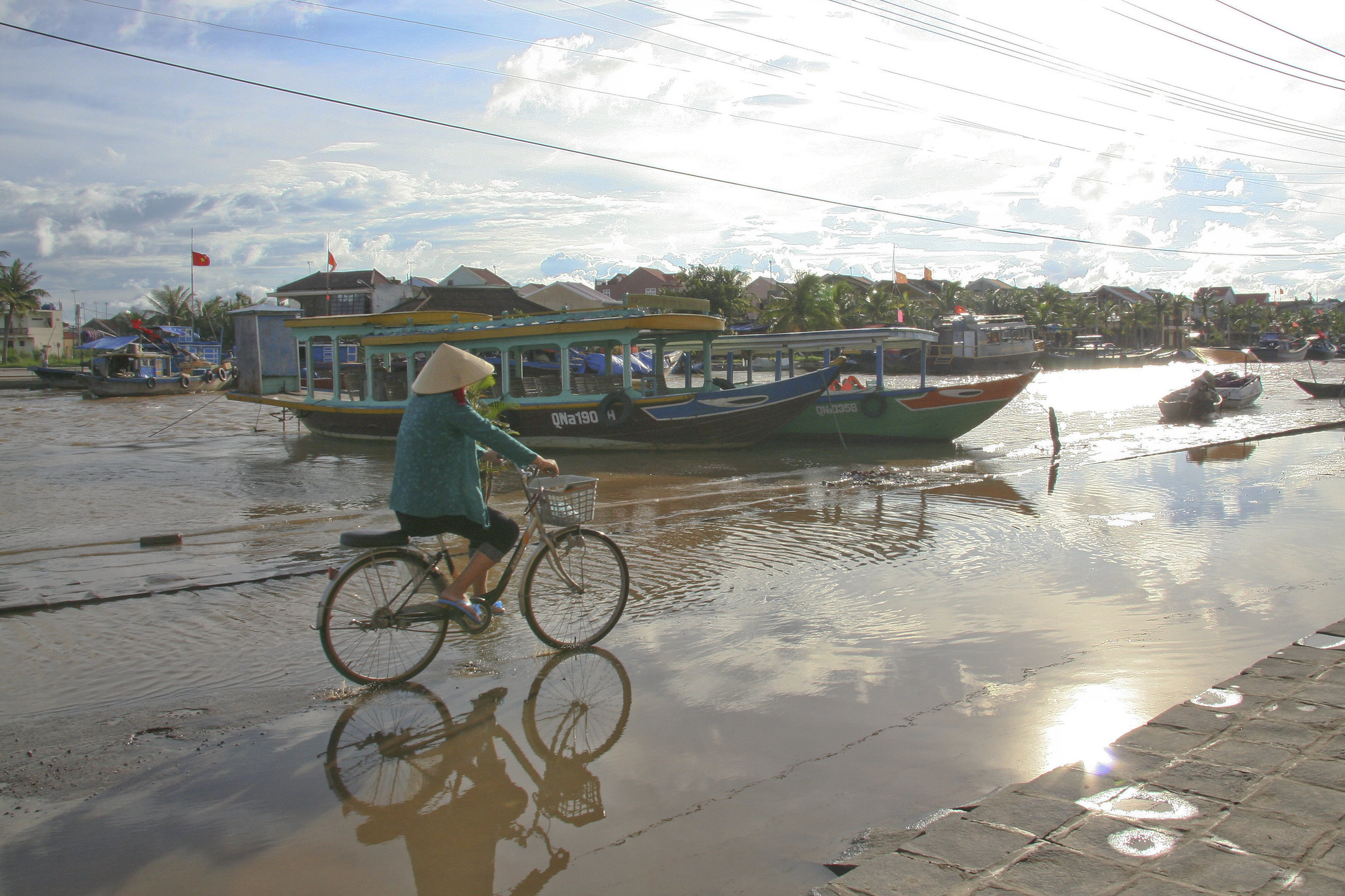 Make sure you skip out on potential flooding by choosing the best time to visit Vietnam.

In short, it will definitely rain somewhere in Vietnam between May and December, and be hot between March and May. The best time to visit Vietnam without having to skip any region is February. The weather is perfect and pleasant, irrespective of the region you’re in. The cold up north is bearable for those who opt for it, and the rains won’t disrupt your travel plans.

If your focus is on one of the three regions, go through a few itineraries to decide when to travel to Vietnam.  Or, simply hit the “Plan Your Trip” option. We’ll help plan your ideal trip to Vietnam while taking into account all your interests, needs and requirements. When to visit Vietnam should now be taken care of, so get into the next step by getting those visas ready. 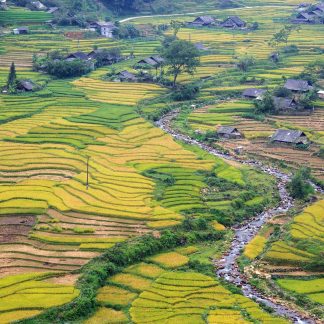 Rice in Vietnam: Travelling where the rice grows. 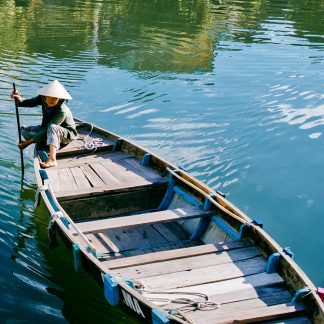 Weather in Vietnam in September 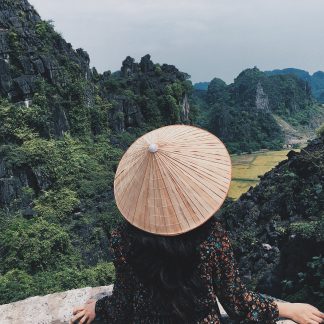 Weather in Vietnam in April 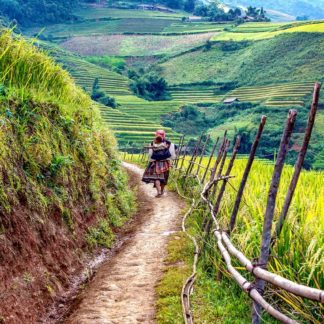 Best places to visit in Vietnam 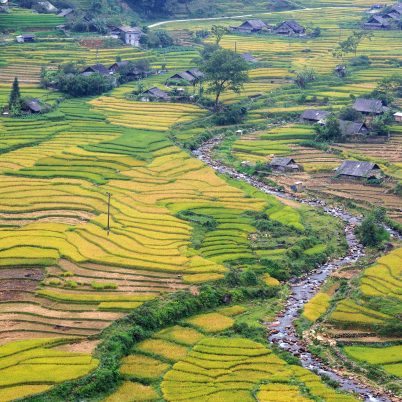 Rice in Vietnam: Travelling where the rice grows.

Rice in Vietnam has deep roots in its culture and tradition. Vietnam i..... 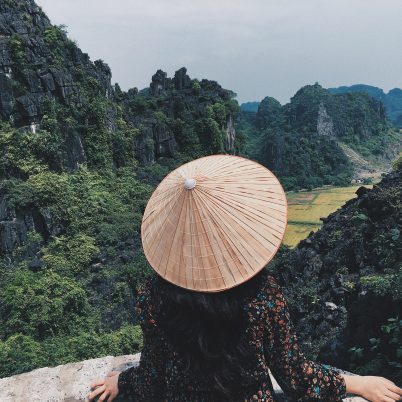 Weather in Vietnam in April

The month of April is a good time to visit Vietnam, as the weather in ..... 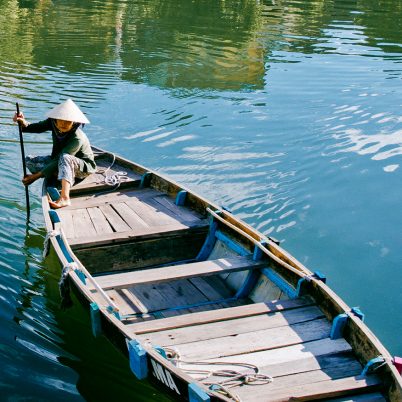 Weather in Vietnam in September

The weather in Vietnam in September makes for an interesting experienc..... 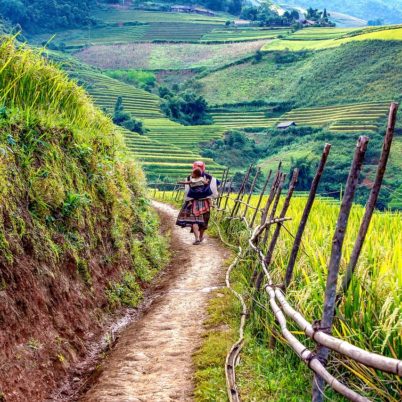 Best places to visit in Vietnam

When it comes to choosing the best places to visit, Vietnam poses quit.....